News & Insights Articles < What does the ‘Internet of Things’ mean for Manufacturing?

In the 1700s, the face of industry was changed forever as mankind harnessed en-masse the power of water to turn wheels and generate steam. From 1870, mass production was enabled through the widespread adoption of electricity in an industrial setting and the division of the labour market. As nations deliberated between travelling to the moon and spying on each other, we began to witness electronics and information technology emerge and allow humans to become removed from the most dangerous or menial tasks, programming machines to calculate or operate in our place.

Today, we stand at yet another turning point in industrial history. The ability of today’s technologies to self-diagnose, self-maintain, self-repair and optimise based on communicating with each other (‘machine-to-machine’ or ‘M2M’) means that there is an increasing amount of work that can be performed by machines in terms of increasing the quality and quantity of outputs whilst reducing costs and resource consumption. The German government aptly coined a phrase for this transition that we are now undergoing – ‘Industrie 4.0’ – the fourth industrial revolution.

The ‘cyber-physical systems’ involved in such operations are essentially robots that are programmed to not just do one task, but to do multiple tasks as relayed to them through a network filled with huge volumes of data being sent backwards and forwards from many servers, computers, inputs and outputs. 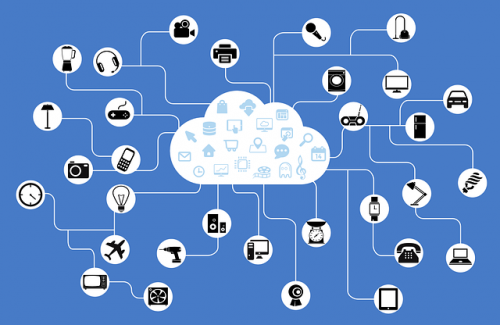 A simple way of imagining it would be on a car production line; people painting vehicles by hand have been replaced in many factories by machines which spray a predetermined volume of paint over a pre-drawn area depending on what car they are painting. The car would probably have to have been moved into the painting zone by a human, or at least on a conveyor belt managed by a human. Then, the exact position of the car would have to be checked and a ‘GO’ button pressed.

What newer cyber-physical systems are capable of however, is fully (or near fully) automating the entire process. Sensory systems allow the machine which sprays the paint to detect the shape of the object they are about to paint. They can detect if they need more paint than they have available to complete the job. They can detect if there is a fault which is preventing them from doing the job effectively. They are hugely more efficient in terms of energy expenditure and can rapidly cease operations if they sense that a person has strayed into their working area. We are very much on the verge of all of this becoming a reality.

The communication system underpinning all of this is the ‘Internet of Things’ (IoT). In the context of its applications in manufacturing, it is popularly referred to as the ‘Industrial IoT’/IIoT, enabling ‘Smart Factories’. It has further adaptations in its various renditions as an enabler of ‘Smart Cities’ and of many future preventative and clinical medical technologies – Smart Healthcare. In short, it is everywhere that we can find an object, connect a sensor to it and measure some variables in order to better inform the decision we make or the actions we take.

The Industrial IoT is very much a ‘brownfield’ paradigm at present – what we are seeing is new software and machinery operating in an existing legacy application; a company making glass bottles is going to invest in technology to produce and sell more glass bottles. This is in contrast to many of the IoT-based inventions which are coming to market around everyday living; they are ‘greenfield’ and taking on new functions in the home environment that were not previously automated or performed at all. 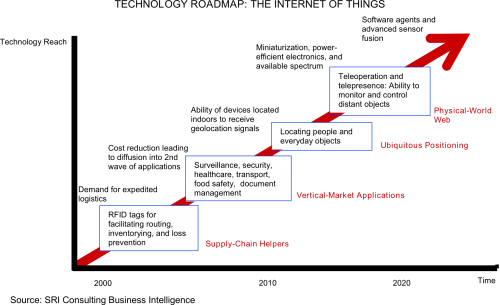 There is concern among some groups that further automation might be good for businesses but could displace workers whose jobs will eventually be taken over by machines. Nobody can say for certain what effect innovation such as the Industrial IoT will have on the overall necessity to employ people, but it is likely a little overly dystopian to assume that a digitalised workforce will render human effort obsolete in all but a programming capacity.

The ‘Industrial Internet Survey (2014)’ by the World Economic Forum indicated that participants in the survey were largely positive about the potential future employment impacts of IoT integration within their operations. What would be reasonable to expect to see is a shift in the dynamics of working groups, operating teams and OEM employee skill sets. Teams of technicians and engineers will not just need soldering equipment and hammers – it will become a necessity to have an embedded software expert and an electrical engineer with broad expertise across circuit boards, sensors, data transfer systems and operating nodes. 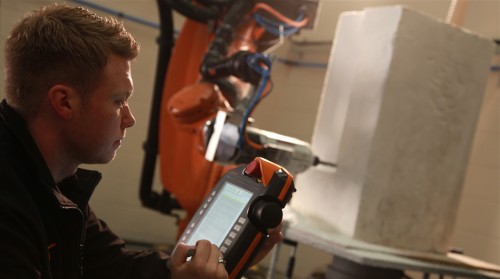 In short, this should be seen as a huge opportunity – not a challenge or the end of the line for existing professions. As with all innovations in business, now is the time to upskill and adapt.

Regardless of the processes and technological leaps that occur within the operations of the manufacturing sector, we can expect to see an increasing emphasis on ‘customer experience’ that goes far beyond delivering goods on time. Investing in enriching the ‘digital ecosystem’ of their operations will become a key part of companies’ financial plans and the corresponding skills base must adapt accordingly.

At the Liverpool City Region Local Enterprise Partnership, the Advanced Manufacturing team are driving forward efforts on multiple fronts to get businesses in the region in a position to be ahead of the curve. Through working with Sensor City we are looking to make the region a hub for the production of the technologies which enable the IoT, whilst the ‘LCR 4.0’ brainchild is being built to help existing manufacturers of products across the full application spectrum to adopt and incorporate the latest in IoT and cyber-physical technology, as well as ensure there is sufficient human resource to utilise it effectively.

The team welcomes interaction from companies operating in or thinking about IoT, IIoT and advanced technologies in general and have a strong support network featuring local creative communities, SMEs, support services and large industrial partners. For an informal discussion about what’s going on in the sector and the City Region, e-mail Simon or Jonny at either simon.reid@liverpoollep.org or jonathon.clark@liverpoollep.org