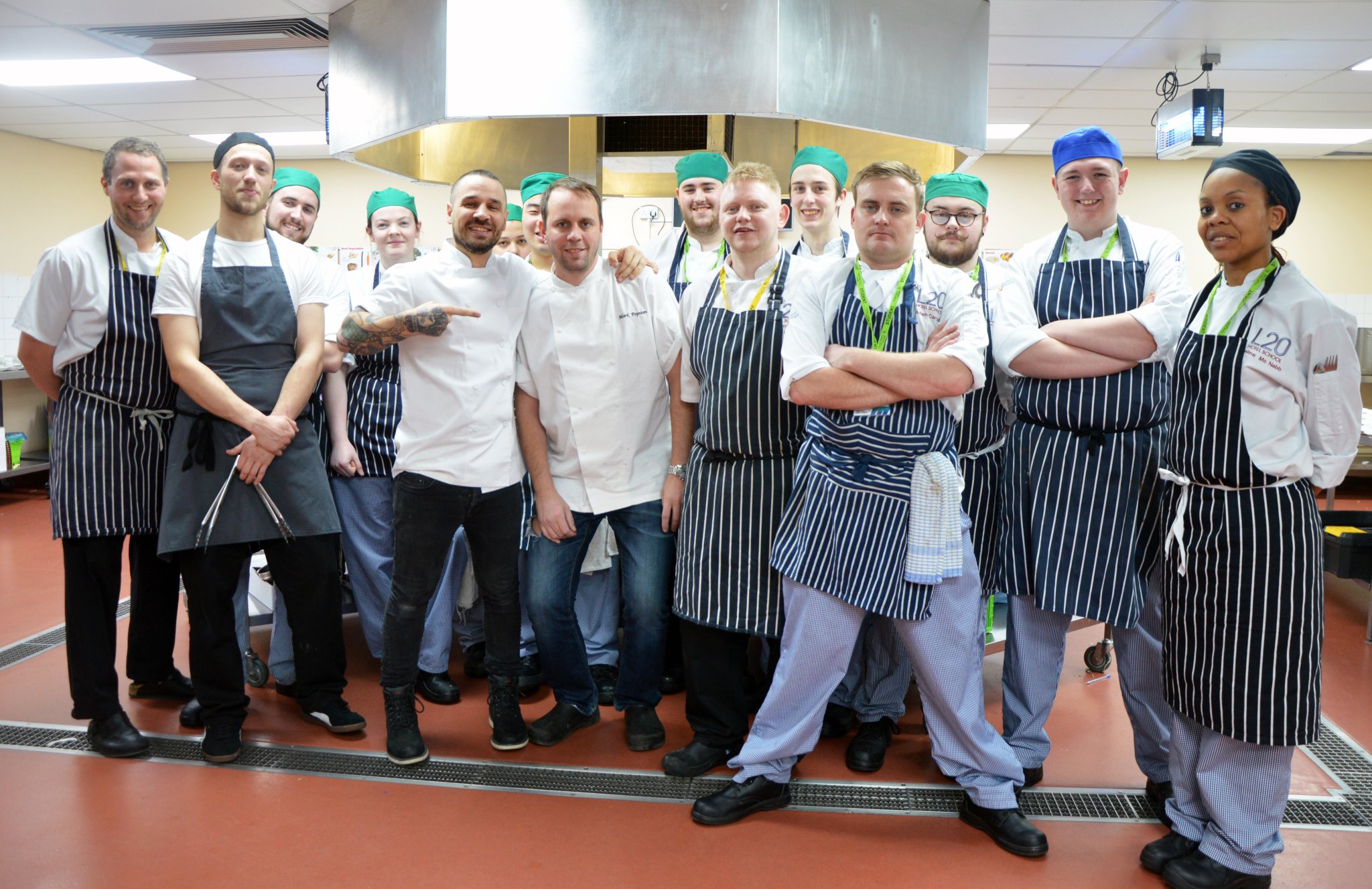 Hugh Baird College joined other further education colleges from across the region last week to inspire students to consider a career in one of the many roles in Liverpool’s thriving visitor economy.

Driven by the Liverpool City Region Local Enterprise Partnership, ‘Visitor Economy Week’ sees activities taking place across Merseyside, providing a taste of what life can be like working in hospitality, retail, tourism and travel.

Hugh Baird College Travel and Visitor Economy students began the week by helping out at the launch event, making that all important first impression by meeting and greeting the specially invited guests at No1. Mann Island. Whilst, Visitor Economy Week activities for the College’s newest recruits on the Travel and Tourism courses included the full tourist experience on board an open top bus courtesy of City Explorer Liverpool. The special tour is one of several invaluable opportunities offered to the students by City Explorer Liverpool during the course of their time at Hugh Baird College. The locally based tour company, which is part of Maghull Coaches Limited, has long established links with Hugh Baird College and Career Colleges and has offered a programme of work experience for a group of the students. It sees them getting first-hand experience of the industry with work both on the bus tour and in their back office.

Tuesday saw Catering and Visitor Economy students join forces to welcome commuters on board the Mersey Ferry. They made and served warm pots of scouse and cups of tea to rush hour travellers between 4pm and 6pm.

Other highlights of Visitor Economy Week at Hugh Baird College included a guest chef evening at the L20 Restaurant with Mark Poynton, chef/owner of the Michelin starred Alimentum, and chef/proprietor of Sticky Walnut, Gary Usher. Hospitality and Catering students from the L20 Hotel School had the chance to join the brigade, preparing an elaborate menu for diners alongside the renowned chefs.

“It was really good to be in service with the students and to see so many young people who want to do something in this industry. It’s great that the College is providing restaurants like ours with potentially great future members of staff. Hopefully, a couple of them will join us if we open in Liverpool.”

Meanwhile, L20 Hotel School students also had the chance to see ‘a day in the life’ at the Hard Day’s Night Hotel with a day dedicated to the Beatles. Their visit included a tour of the world famous Beatles Museum, giving the students exposure to one of the cities greatest success stories and highlight one of Liverpool’s greatest tourist attractions.

Another ‘day in the life’ activity for Visitor Economy Week saw students from Hugh Baird College joined by groups from both The City of Liverpool and Wirral Metropolitan Colleges for an action packed day at Liverpool John Lennon Airport. They heard from CEO Andrew Cornish, as well as representatives from air traffic control, the airport fire service and flying school. Students were also given a presentation by Easyjet, describing what life is like as cabin crew.

The week was brought to a close with lavish dinner at the football themed Shankly Hotel in Liverpool City Centre. Hugh Baird College L20 Hotel School students joined other further education colleges to prepare a course each for the dinner attended by specially invited guests.

Liverpool City Region’s Visitor Economy generates £4.1bn and plays a vital part in the City Region’s economy with massive potential and opportunity for the next generation. The aim of Visitor Economy Week is to raise the profile of the sector and enhance its perception as a progressive career choice.

If you are interested in exploring a career in hospitality, travel, tourism or the retail sector, visit www.hughbaird.ac.uk/visitoreconomy to find out more about the courses that could help your career take off. For more information about Visitor Economy Week, visit www.visitoreconomyweek.co.uk or click here to watch a roundup of the week’s activities.