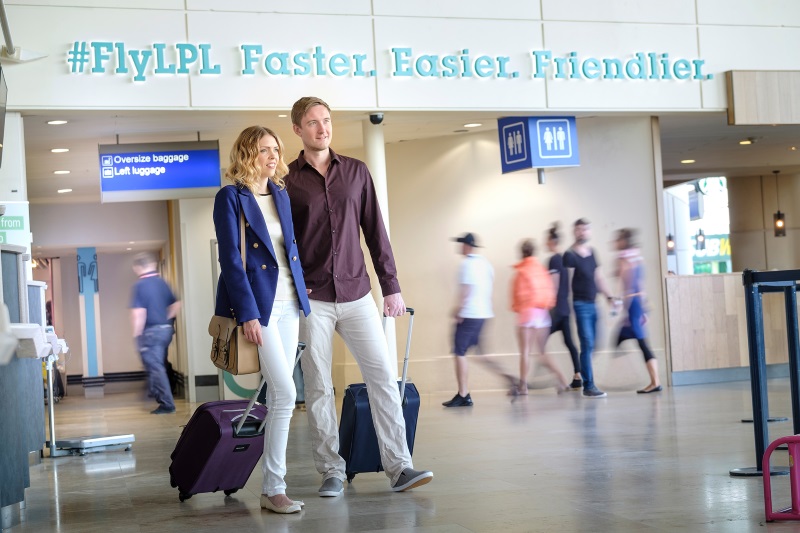 This weekend is once again expected to be Liverpool John Lennon Airport’s (LJLA) busiest of the year as the August Bank Holiday sees thousands of the region’s travellers taking advantage of the great choice of flights from Liverpool.

Between Friday and Monday, almost 70,000 passengers are expected to pass through the Airport over the long weekend, with this likely to be one of the busiest August Bank Holidays in recent years.

The continued wet and windy poor Summer weather means that the majority of the region’s holidaymakers are likely to be heading off from Liverpool in search of some much needed sunshine to resorts on the Mediterranean as passengers take advantage of the wide choice of holiday destinations available from LJLA. Summer favourites include Palma De Mallorca, Alicante, Faro and Malaga, with weekend city breaks also expected to be popular with passengers travelling to a variety of European cities, such as Amsterdam and Barcelona.

However, it’s not all about flying off to Europe this weekend with flights to both the Isle of Man and Jersey likely to be amongst the top 10 most popular destinations too, despite the more unpredictable UK weather.

Robin Tudor, Head of PR for Liverpool John Lennon Airport, commented: “The poor UK summer weather this year means that we expect many of the region’s passengers will take advantage of the great choice of flights and the convenience of flying from Liverpool to a host of destinations a lot warmer than here in the UK, making the August Bank Holiday a very busy period for the Airport once again.”