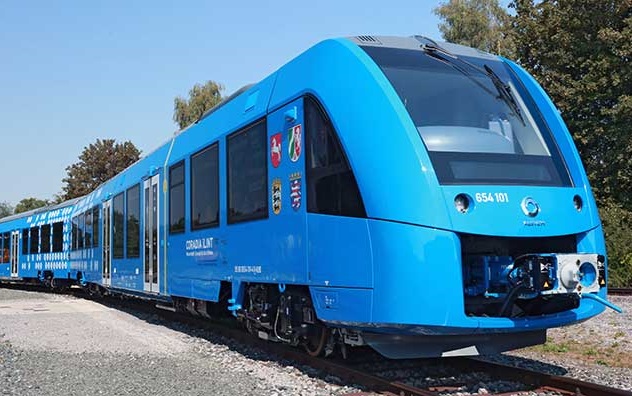 Alstom today (14 May 2018) confirms plans to bring its world leading hydrogen technology to trains in the UK. This is the first substantive industry response to the Government’s challenge to remove diesel rolling stock by 2040. The company is working with Eversholt Rail ‎on plans to convert Class 321 electric trains to hydrogen operation, fitting hydrogen tanks and fuel cells to upcycle trains that are some of the best proven on the network into Britain’s most advanced rolling stock.

“The potential for hydrogen trains is enormous. The Government has set a clear objective of removing diesel rolling stock by 2040 and this requires a bold and innovative response from the industry. I am very proud that, working with Eversholt Rail, we are able to take the lead in that respect.

“Not only are hydrogen trains zero carbon, they are near-silent and emit no particulates, which means they offer substantial air quality and noise pollution benefits too. On cost, hydrogen trains can help to avoid the necessity for line electrification, which represents a significant investment for customers.

“We think the potential long-term application of hydrogen in the UK is very significant. Less than fifty per cent of the UK network is electrified, and much that isn’t electrified is unlikely ever to be so. Starting with this conversion, we think hydrogen could offer the right zero carbon solution for many parts of the network.” Said Nick Crossfield, Managing Director, Alstom UK & Ireland.

Alstom is the first company to introduce a regional train based on hydrogen fuel cells and batteries. The Coradia iLint is the first Alstom hydrogen train, on test already in Germany. Nearly a third of all the UK’s trains are diesel trains, which will need to be replaced or refurbished to hit the Government’s target of no diesel rail vehicles by 2040.

Hydrogen can be produced using sustainable electricity and electrolysis or through industrial processes. The fuel cell on the train produces electricity through a combination of hydrogen and oxygen to create water. The electrical energy is intermediately stored in batteries and the train is powered by an electrical traction drive. The only exhaust is steam and condensed water.

Hydrogen technologies and solutions will play a key role in our global vision for the future.